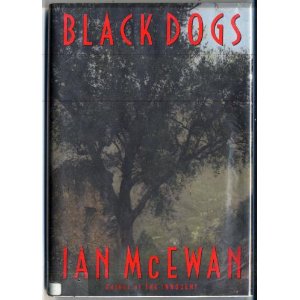 (Nan A. Talese, 149 pages) is a skillfully written novel on an interesting and profound topic. McEwan does a wonderful job describing June, an eccentric old woman, the narrator’s mother-in-law. He also handles what could be a very artificial story device in a reasonably natural way. The idea of the book is to explore the conflicts between mystical thinking and rationality, and the narrator is interviewing and writing a memoir on his mother-in-law and father-in-law who represent those views respectively. This passage exemplifies well McEwan’s sensitivity and talent as a writer;

“…’Don’t you think the world should be able to accommodate your way of looking at things and Bernard’s? Isn’t it for the best if some journey inwards while others concern themselves with improving the world? Isn’t diversity what makes a civilization?’

The last rhetorical question was one too many for June. The frown of neutral attention disappeared in her hoot of laughter. She could no longer bear to be lying down. She struggled up, successfully this time, while speaking to me in gasps.

‘Jeremy, you’re a dear old fruit, but you do talk such twaddle. You try too hard to be decent, and have everyone like you and like each other… There!'”

I especially like the “hoot of laughter,” which shows the vitality and confidence of this old woman. Part of the function of the passage is to convey the “position” of the book, but to do so in a way that it does not sound like an author at the lectern. The narrator’s earnestness is apparent, but his sentimentality does not go unnoticed.

Although I have no real criticism of the book and enjoyed thoroughly my time spend with it, I will say that McEwan is not intellectually daring. He might have offered a new and interesting middle road between mysticism and rationality. But he does not. In fact, he actually avoids that conflict by redefining one as an inward journey and the other as an outward journey. Recast that way, the conflict isn’t a conflict at all, but two different and unopposed ways of being. Between mysticism and rationalism, belief in purpose and rejection of purpose, there is a real irresolvable conflict that can’t be made to go away by saying “diversity is best.”

McEwan realizes this I guess, for the argument continues even after June dies. It goes on the narrator’s head as he imagines the fighting pair continuing to talk past each other. It’s perhaps too much for me to expect this very good novelist to be a very good philosopher too. He tells a story well.