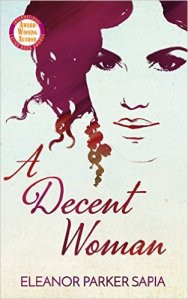 In The Age of Insight, Eric Kandel writes about the role of the observer in art: “Not only does the viewer collaborate with the artist in transforming a two dimensional likeness on canvas into a three-dimensional depiction of the visual world, the viewer interprets what he or she sees on the canvas in personal terms, thereby adding meaning to the picture. Riegel called this phenomenon the “beholder’s involvement.” Kris’s study of ambiguity in visual perception led him to elaborate on Riegel’s insight that the viewer completes a work of art. As a neuroscientist, Kandel focuses on the plastic arts, but his discussion brings us to the question of writing and specifically to the question of the “historical novel”. What does historical writing demand from the reader in order to “complete a work of art”?

There are three dimensions involved: Time, the writer’s mind, and the reader’s perception.
We know that writers filter reality, compress time, squeeze events, introduce ‘fictional’ aspects to such an extent that often the historical novel masquerades as a “quasi-memoir” splicing together documentation from time past with the writer’s art and craft of invention.

In other words, how much of an historical novel is history and how much is literary fiction? And, really, does it matter? And what has Eleanor Sapia Parker done in A Decent Woman (Scarlet River Press, 364 pages)? END_OF_DOCUMENT_TOKEN_TO_BE_REPLACED

It may very well be that Nathaniel Popkin’s novel Lion and Leopard (The Head and The Hand Press, 345 pages) requires more than one reading in order fully to appreciate its argument. Certainly the discerning reader should have no trouble recognizing the quality of its painterly effects that so thoroughly complement the subject matter of this passionate work. Whoever seeks out literary writing for its own sake will not be disappointed. Nathaniel Popkin is a writer’s writer and possesses the prized capacity to render the essentially poetic not only in accessible but also in original phrases and images:

END_OF_DOCUMENT_TOKEN_TO_BE_REPLACED 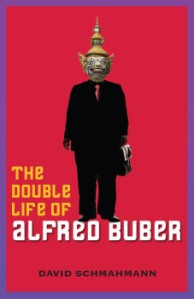 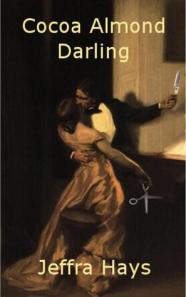 Because we were unable to give awards in 2011 and 2012, due to lack of qualifying entries, we decided to give two awards in 2013. The first award goes to The Double Life of Alfred Buber by David Schmahmann, which was reviewed by top DR reviewer Charles Holdefer.  The second award goes to Cocoa Almond Darling by Jeffra Hays, which was reviewed by Peter Bollington, also a top DR reviewer, and VN Alexander, DR editor. Both authors receive a $1000 prize. Congratulations to David and Jeffra for their fine work. 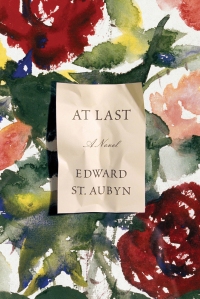 At Last by Edward St. Aubyn  (Farrar, Strauss and Giroux, 266 pages) is the fourth novel about Patrick Melrose and his family; the others are Never Mind, Bad News, Some Hope, and Mother’s Milk.

St. Aubyn, like the characters in the novel, comes from a wealthy English family. He, like Patrick, was raped by his father as a child. He, like Patrick, is a recovering drug addict and alcoholic. Indeed, given the facts of St. Aubyn’s life, it is remarkable that he is alive and functioning, let alone that he writes brilliantly.
END_OF_DOCUMENT_TOKEN_TO_BE_REPLACED

Professor Pedro Ponce’s recent collection, Alien Autopsy (Cow Heavy Books, 55 pages) is a departure from his most previous work Superstitions of Apartment Life (Burnside Review Press, 2008), but the imaginative, elegant, if not sweetly written observations one finds time after time in Ponce’s work have not been sacrificed.  The newest collection treads more heavily into realism and more lightly into the magical-realism that often echoes in his short work. END_OF_DOCUMENT_TOKEN_TO_BE_REPLACED

At the beginning of Paul Watkins’s outstanding new novel The Ice Soldier (Henry Holt, 352 pages), narrator William Bromley embraces his quiet life. Just six years before, he served as a British soldier during World War II, and he now teaches English at a small boys’ school. To pass the time, he plays cards with two colleagues, avoids the woman he has a crush on, and meets for a weekly wine binge with his old friend Stanley. When the appearance of a former comrade Sugden triggers intense flashbacks to a failed mission in the Italian Alps, Bromley knows he is in trouble. His best friend Stanley does not understand his crisis, and instead presses him to meet the new END_OF_DOCUMENT_TOKEN_TO_BE_REPLACED