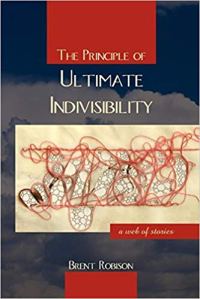 As a reader, my career has fallen off precipitously since my eyes went bad during a misspent late-innings career in adversarial journalism, peering directly into the radioactive maw of a circa 1998 Gateway CRT monitor for 18 hours a night, four nights a week. Much earlier, back when I was a long-distance commuter slouching daily into servitude in downtown Manhattan from various exurban hellholes, I would devour up to four novels a week on the train, trying to avoid conversation and making friends. Over the past few years, striving to get a handle on thriller plotting and structure, I listened to various incarnations of the ubiquitous “Homeland Security porn” genre (Alex Berenson, Vince Flynn, Lee Child, etc.) in the car, until the CD player went south. Now it’s podcasts and, with a new pair of reading glasses, the occasional book. Short stories, however, have almost never been on the menu. I am naturally attracted to long-form entertainment; the longer and more involved and loaded with digressions, the better. My brain does not like to stop and start, and instinctively resists efforts to reset for the next tale in a chain of literary non-sequiturs. I’m pretty sure the only compendiums of short stories I ever got through from start to finish were Kurt Vonnegut’s Welcome to the Monkey House and the five collections put out by Charles Bukowski, each segment of which was pretty much like every other piece of stream-of-consciousness lyrical rambling he ever wrote, including his “poetry.” I might have read a book of Poe’s stories back in elementary school, but that experience has been lost to the mists of approaching dementia, and is no help at all.

Thus I was under-prepared and nervously anticipating a case of low-attention-span anhedonia when I was asked to read and review the thirteen stories in Brent Robison’s The Principle of Ultimate Indivisibility: A Web of Stories (Bliss Pot Press, 194 pages).

I needn’t have worried. As it turns out, Ultimate Indivisibility reads more like a complex, densely plotted novel than a collection of superficially related vignettes. Whether Robison was in fact able to reverse-engineer thirteen individually conceived and written stories into a superbly interwoven tapestry or, as I suspect was more likely, to deconstruct a single kernel of existential unease into a baker’s dozen of co-equal parts, he’s flirting with greatness here, at least in the mind of an addled, sleep-deprived sexagenarian.

The stories, although they alternate in points-of-view between first- and third-person narratives and take place in an array of settings across America — Manhattan and New Jersey, Woodstock and the Catskills, New Orleans, the Poconos, Arizona, Utah, Seattle and Washington State — share an almost physical sense of discomfort, with an acute awareness of death and disillusionment lurking in every shadow. Robison seems to have spent enough time in most or all of these places that he is effortlessly conversant as to their moods and darker intimacies, a fact that adds legitimacy and a considerable amount of pleasure to the proceedings. A lot seems to go down in one hospital emergency room or another, in a subcompact automobile traveling through a nondescript American landscape toward a sooner-than-anticipated destiny, or in a claustrophobic, baggage-laden house or apartment. A lot seems to happen in threes. And each protagonist, whether a spiritually conflicted young man, an emotionally abused woman, a morally compromised sinner on his hospital deathbed, or other such unfortunate, is haunted by something in his or her consciousness that gnaws at the soul and keeps it drifting in a disturbed limbo at the edge of annihilation. As in this gem of a chapter — er, story — a third of the triptych “The Green Beetle,” titled “In the Waiting Room”:

“Emily looks at the young woman’s mouth as she speaks. ‘…Anonymous passerby,’ she seems to be saying. “

“Or ‘enormous pecan pie.’ Emily can’t really be sure. The young woman is dressed in olive coveralls. Her hands are freckled and strong. She has a guileless Dorothy Hamill haircut. The young woman is an Emergency Medical Technician. Emily suddenly imagines her rimmed by headlights, waltzing tenderly with a broken body at a highway’s edge in the middle of the night. Her upper lip and cheeks are covered with very fine golden hair that catches, in hypnotic rhythm as she speaks, the cold glow of the waiting-room fluorescents.”

“Emily’s husband Sid is listening intently. His stare is at once both focused and glazed. He asks something that just maybe could be ‘Is celestial radiance a particle or a wave?’ But probably is not.”

“Emily can’t listen. Emily saw the glance between the young woman and the ER surgeon. The surgeon had three pinhead-size spots of blood on his white smock, arranged in perfect proportion: Las Vegas, Los Angeles, Lake Tahoe. He needed a shave. His jaw reminded Emily of Mount Saint Helens after the blast. ‘Cuppa mud, anyone?’ he had said a few minutes ago, poking his head in the door. Mount Saint Helens cracked, a little one-sided grin. The surgeon had come directly from the operating room to speak to them in person. His eyelids were lined in red.”

“Sid said, ‘No, thanks.’ He didn’t see the glance. Or any glance, ever. He never had. He is congenitally glance-blind, Emily is sure. If there is a gene for the perception of interpersonal subtleties, Sidney’s dim ancestors misplaced theirs somewhere along the trail from the cave to the waterhole.”

“Sid would never understand why she is thinking now, as she does so often, of the waterfall in Colorado. She was six months along then, almost twenty years ago, long before they moved to this crowded eastern suburb. She and Sid had taken off all their clothes and were clenched in a kiss under the freezing shower when a Japanese family appeared on the ledge below and stood in a neat row, big to little, four mannequins with Nikons to their eyes. Emily and Sid bowed in a grand theatrical manner, all wet goosebumps and shriveled flesh, and ran for their clothes. Even now, not a month goes by that she doesn’t reflect on this: her anonymous pallid self, totally revealed, heavy breasts and rounded belly and dark pubic hair all dripping, pasted neatly in four plastic photo albums somewhere in Tokyo.”

The stories cross-pollinate, sharing totems, tidbits and themes. A forest green Volkswagen deathtrap, its roof crushed in. A pretty piece of Navajo jewelry, dug out of the detritus of the Twin Towers in a Staten Island landfill. A saxophone. An umbrella. Also detected in the overarching thematic flow is an attempt to rationalize and come to terms with a flinty western religious upbringing, perhaps to wrestle it into something more palatable while still embracing a semblance of quasi-spiritual longing more in tune with a Northeastern, Woodstockian aesthetic. If Robison’s life actually kicked off as a born member of the Mormon Church, he could hardly do better than this to exorcize that particular set of traumas from his psyche. That he still manages to seem to believe in some sort of interconnectedness is a small miracle in itself.

But miracles are not what this dark set of tales is about. No one is saved by the bell, and no one expects to get out of here alive or unscathed. Even when nothing awful happens and love — or at least some conflicted midlife form of sexual desire — is in the air, the sense of dread intrudes, as in an idyll in Central Park to close out the opening story, “Family Man”:

“Now, Harold stands stumplike in the drenched clearing, soggy-suited and laughing. His son clings like some twisted miraculous outgrowth of his body, all slimy and whooping in new maleness. The sky has broken! For a moment Harold doesn’t care that his wife and mother and sister and daughter are sitting and waiting and growing cruel in a driverless car. For a moment Harold even forgets yesterday. How he had stood there with her too, laughing, entirely mindless of the little boy tugging on his arm. How he had stood there lustful and oblivious in the slanting sun, stood there in his rumpled suit talking to the red lips of a woman dressed in black, just stood there trying desperately to think of all the ways the world can end.”

The “Ultimate Indivisibility” of the collection’s title seems meant to convey the concept that everything in the universe is not only interconnected, but is, down to the subatomic level, a reflection of every other part, as well as of the whole. This is no longer merely wishful New-Age mumbo-jumbo. It’s a primary tenet of the “panpsychic” theory, currently being bandied about in the neurobiological scientific community, that all matter may possess at least a modicum of rudimentary consciousness that explains its tendency — perhaps even “intent” — to combine into increasingly complex and active configurations, up to and including higher life forms. In each of these stories, without beating the reader over the head with it, Robison makes sure that we are aware of this as-yet unverifiable aspect of existence, humming away underneath it all and tying everything together in an uncomfortable, highly inscrutable oneness of purpose. The combination of this with the eerie, sometimes violent randomness of each separate tale is what provides such a satisfying jolt of cognitive dissonance to the reading experience.

My appetite now jump-started in a manner I had almost forgotten could happen, I will keenly await more writing from Brent Robison, hopefully in the form of a full-length novel or five. Let’s get moving, Mr. Robison. As you are no doubt extremely aware, time is running out.